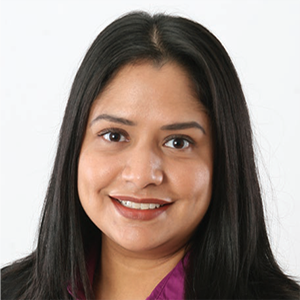 Yasmeen J. Fields, MS, CAE graduated from George Mason University with a B.A. History in 2002, with the intent of becoming an educator. While in college she landed at her first nonprofit and there, she realized that education wasn't just limited to the classroom and children but that professional education for adults was as equally important. Her interest and passion grew and she launched her career in Education as a coordinator at the American Press Institute where she assisted in the implementation of training courses for journalists and members of the media. This experience allowed her to grow and learn the fundamentals of program management and eventually brought her to the American College of Radiology (ACR) in 2006.

In 2012, she became the Executive Director of the Society of Breast Imaging (SBI). In 2014, Yasmeen earned her Certified Association Executive designation. The CAE is the highest professional credential in the association industry. Less than five percent of all association professionals have achieved this mark of excellence. In 2020 she earned her M.S. in Leadership & Management and a graduate certificate in Nonprofit Management from Marymount University. In 2023, after transitioning out of ACR management, Yasmeen became the Chief Executive Officer of SBI.

Is Your Company a Member?

If you are an employee of an SBI member company, we invite you to set up an online account to:

The members of SBI invite and encourage you to join! By working together, we can achieve our mission to maintain and enhance our industry as a whole.

All membership applications for SBI must be approved by the Board of Directors.